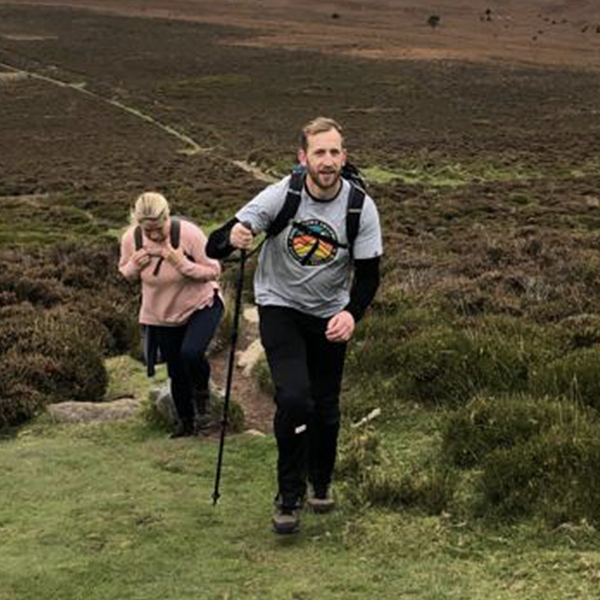 Ben is a 33-year-old veteran, and he suffered a spinal cord injury in 2018 whilst parachuting for the British Army. Ben had served 13 years in the Parachute Regiment, until he found himself on a routine parachute jump.

Ben's parachute failed to deploy properly and malfunctioned, which resulted in him falling 1000ft and landing 12 seconds later. His accident meant he suffered an L2 burst fracture and lost the sensation in his right leg.

The first few months were difficult but all the rehab and physiotherapy helped him to stay focused, but after a couple of years all that had stopped and he had lost momentum, motivation and felt he had no purpose.

Ben was put in contact with Ed Jackson through social media and Ed told Ben all about M2M. Ben loved the concept and after looking into it he submitted an application to become a beneficiary, saying he would be delighted to join any of the exhibitions.

"When I got that phone call to tell me that I'm going to Nepal, I couldn't have been happier. M2M have helped me a lot with my mental battles and they still do to this day. The community they have provides such a strong support network, helping me and others. I want to complete this exhibition to show people no matter what injury or struggles you have, if you are willing and determined you will succeed. I hope I can help to motivate other people with injuries to get out and explore, set goals and find a purpose again."